Well as it is so often said, it isn’t rocket science. In fact it has to be one of the simplest concepts available in business today – and yet so often missed. It is often so simple it is elegant, so let’s review what Disneys SCO might just be...

Most of us have been there. A car full of screaming kids eager to start their Disney vacation, however trouble is you’ve driven six hours (or flown ten) and frankly the last thing you want to do is fight the car lot. Much better find that quiet hotel room and bar and chill until tomorrow? Not so. This is the kids vacation and they’re going to squeeze every minute out of the long awaited trip to the Magic Kingdom. So what say Disney in this situation? Do they leave you to fight the crowds, get incredibly irritated and leave you with a pile of now prickly family? Well no -  they have been there too after all and it is real easy to see it from the customers point of view.

Perhaps the SCO is ‘simply magic’? Not some weird business jargon Mission/Vision but something that talks and causes everyone in the Disney business to ensure they are aligned and delivering to that promise. So how would the SCO  ‘simply magic’ work? Let’s review where we are – on the way to the busiest car lot this side of the LA freeway. It is the hottest day this summer the question ¨are we there yet?¨ echoes around yourself, partner and three kids in the car (that’s the average party size to arrive at Disney – five). And yes you are! So you find a spot disembark the kids, look around to size your location and... shut the car doors.

In the ‘rush to the fun’ process Disney discovered that many people lock their keys in the car so right at the start they have on-hand a team of professional locksmiths. They drive through the lot looking for distressed families and unlock their cars – free of charge. Simply Magic. Then there’s the walk to the gates – but wait. Driving through the crowds are golf carts and helpers to steer you towards the nearest ‘magic bus’ with color coded location tags! You probably get the picture and that’s one of the things that makes the Disney performance truly outstanding. The belief that if everything gets itself aligned to the SCO we reduce cost (how much effort do you currently apply to fixing stuff that goes wrong that results in queries and non value added activity?), drive up revenue (how many people would you tell?) and improves customer satisfaction (would you be pleased?).

To coin a phrase, the SCO is a gift that just keeps on giving. 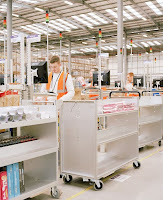 The genius that is Jeff Bezos (see the previous article here) sees a great future for publishing in all its forms.

While some are bailing from (news)papers Bezos sees considerable opportunity. What is he seeing that others aren't? http://bit.ly/17UVk0w 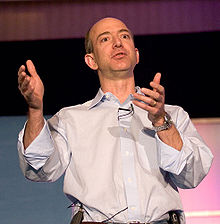 "I would hope people would say that Amazon is earth's most customer-centric company, and that we work backwards from customers. Many companies sort of look at what their skills are and they work forward from their skills. They say this is what we're good at, and this is what we'll do. It's a very different approach from saying here is what our customers need, and we will learn whatever skills we need."

That really describes the difference between inside-out thinking (examine your capabilities and figure out how to optimize them) to Outside-In - (figure out the Customer needs and align everything to deliver the Successful Customer Outcome) http://bit.ly/AmazonOutsideIn

NPS - Dead in the Water?


NPS - Dead in the Water (Terrific Paper 2013) from Steve Towers 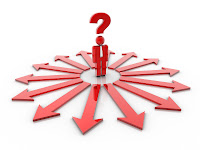 Breakpoints are always caused by Moments of Truth. Usually if you find a MOT there will be 3-4 BP’s also. Makes sense then to start eradicating the unnecessary MOT’s.

Business Rules! Did you hear the one about waiting 8 days at the Prudential for the ink to dry on parchment paper?
Or the Allied Pickfords 35  mile rule?

People forget about them and the reasons why they exist – how many BR’s have you got?

Breakpoints. Internal hand-offs. All that red tape. Even getting the simplest things done is like draining the ocean. How many BP’s do you have? bit.ly/BP_overview

Business Process Management - do we really need it anymore?

Sounds provocative however what is it really all about?

The chaotic nature of business today with promiscuous customers, extended customer experiences, multi-channel, always on digital world means control of process is a fundamental pre requisite of the successful business. Leaving the processes to fate is an act of gross irresponsibility and should be treated as such. If you don't care about your processes you don't care about your people and your customers.


There that said there is sage guidance from Frederick Winslow Taylor back in 1911: "The first step in gaining control of an organization is to understand the basic processes" From our 21st century perspective we add to that " Once we understand the basic processes we need to proactively manage them to achieve Successful Customer Outcomes" QED Business Process Management.

We are also faced with a number of different flavors of BPM. What's yours?
We will discuss that tomorrow.

After all process is just another name for the work we all do.

Email ThisBlogThis!Share to TwitterShare to FacebookShare to Pinterest
Labels: After all process is just another name for the work we all do, BPM, outside in, Successful Customer Outcomes, WInslow Taylor

Are you enjoying the resources?

We also have a FREE online course called the Process Miracle. It is a 4 week program with daily thoughts and actions. Sign-up for free: http://www.processmiracle.com

Moments of Truth and Breakpoints are supported by business rules. Any decision point within the customer experience (theirs and ours).

Business Rules are prone to obsolescence – get the Guide here: bit.ly/BR_overview

Moments of Truth come in many shapes however they are the fundamental cause of all the work we see in an organization.

How does that internal work appear? As Breakpoints – download here: bit.ly/BP_overview

Those infernal Moments of Truth and the Customer Experience

The customer can’t be king at the expense of your business.

My recent interview with India Times tells us the reasons why: http://bit.ly/19VJwzD

We have got to get scientific about the customer experience.